What (not who) is to Blame for the Wells Fargo Catastrophe?

The bank’s employees worked hard and tried to meet their demanding quotas. About 5,300 employees who didn’t meet their numbers were shown the door. The message was clear – meet the numbers or you are out! The bank’s employees tried harder to keep their jobs – did what they could, which now included duping customers into buying products they didn’t want. They even opened deposit accounts and credit cards without the knowledge of customers in order to meet their targets. Several employees chose not to resort to unethical behavior to meet their quotas and were shown the door.

In total, over 2 million unauthorized accounts were opened, according to what was reported in the press. When these facts were revealed in 2016, the CEO was forced to resign and return millions in compensation (over $50 million!). The bank paid over $185 million in fines.

So what is to blame?

Our normal tendency is to ask ‘Who is to blame for unauthorized accounts being opened?’ Certainly, salespersons opened the accounts; and branch managers approved the transactions knowing that they were unethical.

Is it the employees’ fault?

Let us try to view the situation from BPM perspective. The second guiding principle of business management says: Results come from processes. Whatever results one is achieving, they are coming from some processes that exist in the enterprise. So, which processes (or breakdowns in established processes) caused the opening of 2 million unauthorized accounts?

As we examine the situation, let us keep in mind that Wells Fargo is one of the best managed banks in the United States. Knowing this,, it is even more important to find the root causes for this catastrophe.

From what has been  publicly stated, a couple of things seem to have broken down.

In the MBO system, the employee’s objectives are aligned with those of their superiors as per the hierarchical structure. Those who meet their objectives (targets, quotas) are rewarded and those who don’t are punished. Sometimes it is called ‘pay for performance’.

Obviously, employees do what is important for themselves and for their bosses. Your bosses are pleased when you help them meet their quotas. But, what if that is not what the customers expected? The customers are annoyed, not happy and complain.  The service department ends up spending countless hours fixing the problems. In the eyes of employees and managers, it is not their problem; it is somebody else’s problem.

Consequences of staying with an outdated and flawed system

Wells Fargo stayed with an outdated system and paid a heavy price. The bank’s employees tried to meet their quotas any which way – even duping customers into buying products they didn’t want. The bank’s reputation is tarnished, and real value has been lost.

As mentioned earlier, Wells Fargo has historically been  one of the best managed banks. Under the leadership of the new CEO, efforts have been initiated to repair the damage. Many employees who had been fired for not meeting their numbers have been re-hired, further evidence that their inability  to open new accounts at the aggressive rates was not their fault, and that the management system was to blame.

What can you do in your business?

The first two of the 6 guiding principles of BPM are:

If we want to keep getting our salaries, we need to continue to satisfy our customers’ changing expectations. Remember that customers are the reason why you have your job. The superordinate goal of any enterprise should be the satisfaction of customers (we are no longer in a sellers’ market where substandard products could be sold for a profit).

Consistent with these principles:

Obviously, top management has a major role to play in making this happen. Managing for results requires relentless pursuit of improvements to existing processes through involvement of employees. All managers and employees should be sensitized to this fact, and should be allowed to take pride in building quality into the product or service. The top management (especially, the CEO) needs to continually feel the pulse of the enterprise, and nurture the desired work culture.

Prevention – culture of an enterprise

When interviewed on this fiasco, Warren Buffett said that the ousted CEO of Wells Fargo is a good man, but, he made a big mistake. “Cultures shift,” he said; “you can turn it for the better or worse by your own actions.”

Louis Gerstner, retired Chairman and CEO of IBM said in his book on ‘Who says Elephants can’t dance’ – “I came to see, in my time at IBM, that culture isn’t just one aspect of the game – it is the game.” He further observed that culture gets corrupted over time.

Therefore, one needs to guard against erosion of corporate culture. Undoubtedly, prevention is better, and cheaper, than the cure!

The Full Story Behind Anaar 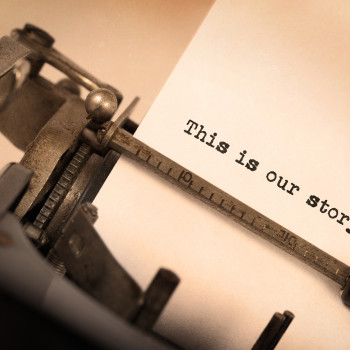