What Broke Down at Uber? – the Toxic Effects of Work Culture

The society we live in expects more from business entities than what was expected from them in the last century. Not meeting societal expectations has significant financial implications. Facing extremely unfavorable public reaction to its scandalous work culture, Uber’s board members forced its CEO to resign – to save the company he co-founded. It was widely reported for a couple of years that the work culture that prevailed under his reign was utterly inappropriate and toxic. Although he had helped create a product and service that adds value to its consumers, the board members decided he had to go.

When your competitors catch up with your technology, what provides the competitive edge? The work culture of the enterprise. Unfortunately, work culture is not available for purchase – it has to be grown from within!

The culture of an enterprise is how people within an organization think and behave. High performance enterprises have adopted a customer-focused, process-centric and employee-oriented work culture.

Beware of the Unwritten Code of Conduct

In the 1992 movie A Few Good Men the existence of unwritten orders (called ‘code red’ in the movie) at Guantanamo and how supervisors learned not to disobey any order – including code red – having been denied promotions after helping out a fellow Marine who was under what could be seen as a ‘code red’ punishment.

Organizations tend to develop an unwritten code of conduct from the preferences and prejudices of those in power. Quite often, subordinates’ behavior is influenced by the perceived preferences of their bosses. While we can’t crawl into our bosses’ minds, we learn their preferences through verbal as well as non-verbal communications. Their mindset is reflected in their actions; not necessarily in their spoken or written words.

If their leanings are not consistent with the stated core values of the organization, they create a toxic environment. Managers can create tremendous stress in their subordinates, who are forced to violate the core values of the organization to court the favor of their superiors. Employees are pressured to do things that they know to be wrong. Conflicts develop between employees – those trying to live by the core values and those blatantly flouting those values, with the implicit consent of those in power. The turmoil this creates is counterproductive and unhealthy. It ruins enterprises.

As you sow, so you reap.

The phrase ‘as the king, so the people’ is as valid today as at any time in the past. Most employees look up to the people in leadership role and emulate them. Many managers are viewed as kings of their kingdom – no matter how small or large his / her kingdom might be.

If you want your employees to behave in a particular way, the managers need to be the role models. Gone are the days of telling people – ‘do as I say, not as I do’.

So what broke down at Uber?

From published reports and other analysis, it appears that the unwritten code of conduct overruled everything else. Due to bad press and public opinion – their top competitor Lyft is now better off than before, having secured a better foothold in the market and with Uber reeling to find solid ground in a competitive space that is highly sensitive to public opinion.

Creating a new work culture at your enterprise

Here are some things you can do to instill winning culture at your enterprise.

Having all employees conform to corporate values requires a lot from the leadership team – persistence, training, retraining, monitoring, evaluation, feedback, encouraging positive behavior and weeding out non-conforming individuals. It is extremely important to keep in mind that a process is only as good as it is practiced.

What can you do, if you are a CEO?

J. Nirdosh Reddy
Founder at Anaar
It has been a great privilege to work with over 100 businesses in over 10 countries in such diverse fields as manufacturing, engineering, textiles, chemicals, information and communication technology, government agencies and banking.

I hope you find the contents of our blog posts informative. As always, we are available to help you on your journey of transformation to world class excellence. 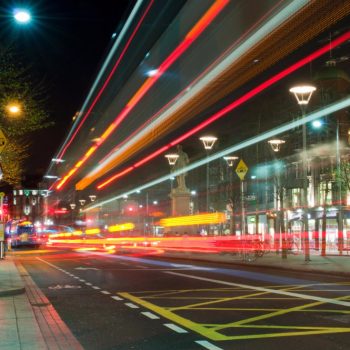 How to conduct an effective performance evaluation