Leadership Styles … Which type are you?

Competitiveness is the name of the game for survival and prosperity in the 21st century. For most businesses, gone are the days of fat profit margins that masked internal inefficiencies.

As discussed in my post on the 6 guiding principles, management concepts have evolved and the culture of an enterprise, which is an outcome of its leadership style, has emerged as a major factor in gaining and retaining a competitive edge.

Has your leadership style evolved with these changing times?

Over the past 25 years, in my workshops around the world, I heard many managers share openly: “My management style was just out of habit. I was doing what the bosses were doing in the past. The 6 guiding principles, more particularly the notion that results come processes, and a serious reflection on my own leadership style opened my mind to new ways of looking at the issues I was facing both at the workplace as well as at home.”

As you know, leadership styles play a major role in how well employees perform and how well your enterprise utilizes their potential. The guiding principle – results come from processes – “when things go wrong, first ask what in the process broke down, not who did it?” – is having a profound impact on how leaders lead.

Consequences of this style:

Let us look at how much work one would perform under these styles, and of what quality.

‘What one is capable of producing’ is significantly higher than ‘what is needed to avoid punishment’. The quality of something ‘one is proud of’ is significantly better than the quality ‘needed to get by’. When you take pride in doing something, you put in something extra – your spirit. That makes the difference between winning and losing in a highly competitive environment.

So, what is your leadership style?

As you reflect on your leadership style, keep in mind that the leadership styles are built on underlying assumptions about people – implicit as well as explicit – about the most effective way to manage people. Quite often, these beliefs are un-examined. You probably have not either.

The Theory X belief system assumes that the average human being has an inherent dislike of work and will avoid it if he can. Hence, people need to be coerced into working. The job of a manager is to extract work from an unwilling worker. Workers need to be controlled and directed and there needs to be a fear of punishment in order to get them to perform.

The Theory Y belief system assumes that the average human being does not inherently dislike work. Work is as natural as play. People want to do a good job and they take pride in what they do. Creativity and imagination in solving organizational problems is widely, not narrowly, distributed in the population. Work can satisfy self-esteem and self-actualization needs. Hence, the job of a manager is to provide employees with a clear direction, the tools and resources they need, guide and coach them, and involve them in decisions that affect them.

After a serious reflection, what are your beliefs?

As you reflect, let me share what I came across over the past 25 years during my workshops around the world.

I was surprised to hear from several managers that they had not consciously reflected on these concepts. I heard many managers share openly: “I never thought about it this way. I do believe that people want to do a good job, but I was acting like an autocratic taskmaster out of habit. The notion ‘when things go wrong, first ask what in the process broke down, not who did it’ and a serious reflection on my leadership style opened my mind to new ways of looking at the issues I was facing both at the workplace as well as at home.”

Move Toward The Participative Style

So, if you are not already one, move toward a participative leadership style which brings out the best from people and helps develop win-win solutions. The Theory Y belief system is more conducive to the utilization of the untapped potential of a vast majority of employees. Undoubtedly there are some people who don’t want to work, who need to be coerced into working and who need to be punished for nonperformance and indiscipline.

In an organization, rules and regulations should be formulated to encourage and motivate the vast majority of normal people who want to do a good job. Special systems should be put in place to address the troublesome cases, and not the other way around. The special systems that we put in place should not hurt the vast majority of well performing individuals.

Admittedly, it is a cliché; nevertheless, it is important to remember that ‘none of us is as good as all of us combined’.

Keep in mind that unused and underutilized potential is a loss to the organization. It can make or break an enterprise.

If you and your organization already have these beliefs and behaviors, the task of transformation will be much less demanding. Your enterprise is well positioned to rapidly implement the new practices which I will describe later. If these beliefs and managerial styles are not already in place, you are not alone. The process of transformation would take a little bit longer, but it can be done as has been proved by my experience.

I welcome your comments.

J. Nirdosh Reddy
Founder at Anaar
It has been a great privilege to work with over 100 businesses in over 10 countries in such diverse fields as manufacturing, engineering, textiles, chemicals, information and communication technology, government agencies and banking.

I hope you find the contents of our blog posts informative. As always, we are available to help you on your journey of transformation to world class excellence.

The Importance of Company Work Culture 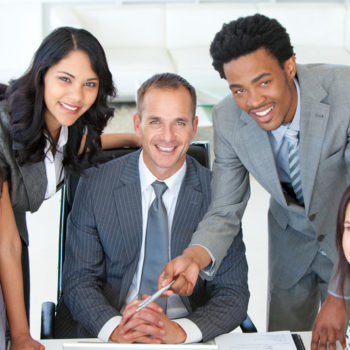 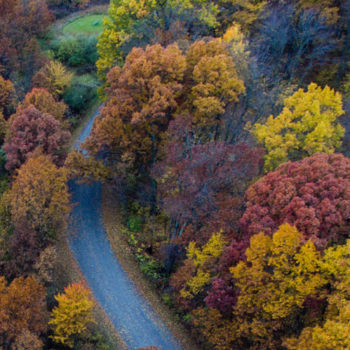